A Spring of Water

Planting Churches Among the Least-Reached Peoples 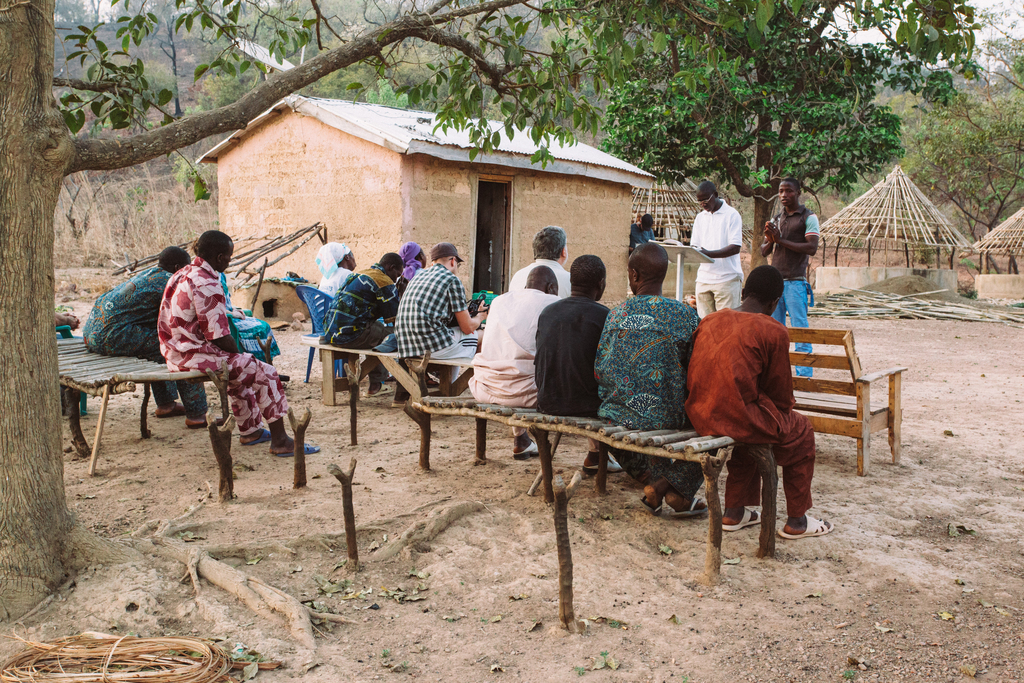 Planting churches and equipping them to grow and mature is an essential aspect of Pioneer Bible Translators’ ministry.

Church planting is essential to fulfilling our vision of seeing a network of churches using Scripture to grow, mature and multiply among every people group we serve. Church planters bring the message of salvation through Christ and facilitate the birth and growth of communities of believers.

Early Sunday morning, footsteps can be heard on the dusty trail approaching a small village in the West African savanna. A group of people gather as Austin and his national friend arrive. They all sit down in a shady spot to read the Scriptures aloud and discuss them. Among the group of listeners are two new believers who were recently baptized. They lean forward, eager to learn more about the Lord they have chosen to serve.

Austin is a church planter serving with his wife Renee, who is a Bible translator. They live among the Nutaba people, most of whom follow another major world religion. Austin and Renee chose this people group because the Nutaba had neither a Bible in their language nor a church—a dry unplanted field that the couple could moisten using their individual gifts and calling.

Each week, Austin visits different villages in the area—six villages on foot in the earlier part of the week, then ten villages along a 70-mile motorcycle circuit on Fridays. His Nutaba friend Abu accompanies him on most of these visits. Renee takes time away from her Bible translation work to accompany Austin to one of the villages; her presence encourages women to participate in the Scripture reading sessions. In each village there is a core group of people who want to engage with Scripture. Some individuals have expressed a desire to follow Jesus.

Asking and answering questions about Scripture is a new experience for the Nutaba, who traditionally believe that blessings come mainly from hearing holy writings read to them in a language most do not even understand. They are not accustomed to discussing and meditating on holy books. Austin and Abu study Scripture passages ahead of time and Abu, an eager learner, asks Austin questions in order to clearly understand. When they begin a village Bible study session, Austin reads a section of Scripture in Nutaba. Then Abu explains it and asks if the listeners understand. He follows up with other questions to help them think in depth about what they have heard. Often Abu comments to Austin as they leave a village, “They’ll be talking about that tonight.”

Our vision is to see churches with Scripture transforming lives in every language group on earth.

One Friday Austin and Abu arrived at a village while followers of the other religion were dedicating a new place of worship. People from other Nutaba villages had come to the dedication. Many asked Austin and Abu, “When are you going to come and read the Bible in our village?”

“There are so many!” Abu observed. “We could do two days—go out on Thursday, teach all day, spend the night in a village, then teach all day Friday. And still we would probably not reach them all.”

Abu was not always enthusiastic about reading Scripture; in fact, at first he was firmly resistant. But as he saw how God answered prayer and worked in the lives of Austin and Renee, his heart began to open. After seeing his village spared from complete disaster in an unmistakable answer to prayer, Abu began to read God’s Word for himself. “This is true!” he observed as he read. “This is God’s truth!” Now he wants to share that truth with others.

Nutaba people who choose to follow Jesus often encounter opposition from their family and community. The first group of Nutaba Christ-followers dwindled to only one person because of such persecution. However, this one man stood firm and, after a time, persuaded others to join him.

The group grew to four, then five. The seed was planted in the moist soil. Now the demand is so great that Austin and Abu are praying for three more church planters to come and facilitate more reading groups and to water these young seedlings as they grow into churches.

When asked what it takes to be a church planter, Austin replied, “The ability to understand that not everybody is going to see the world like you do, and the realization that it’s not your work. It’s God’s work. When bad things happen—and they are going to happen as soon as you start having any kind of success—you’re going to want to quit. But if you look at it as God’s work, then you’ll persevere and show God’s love in a way that will come to fruition.”

“When you see someone finally get it,” Austin says, “and they understand who Jesus is and want other people to know, too—when you see that, it’s just like a spring of water in your soul.”