The Conviction of a New Believer Is Tested 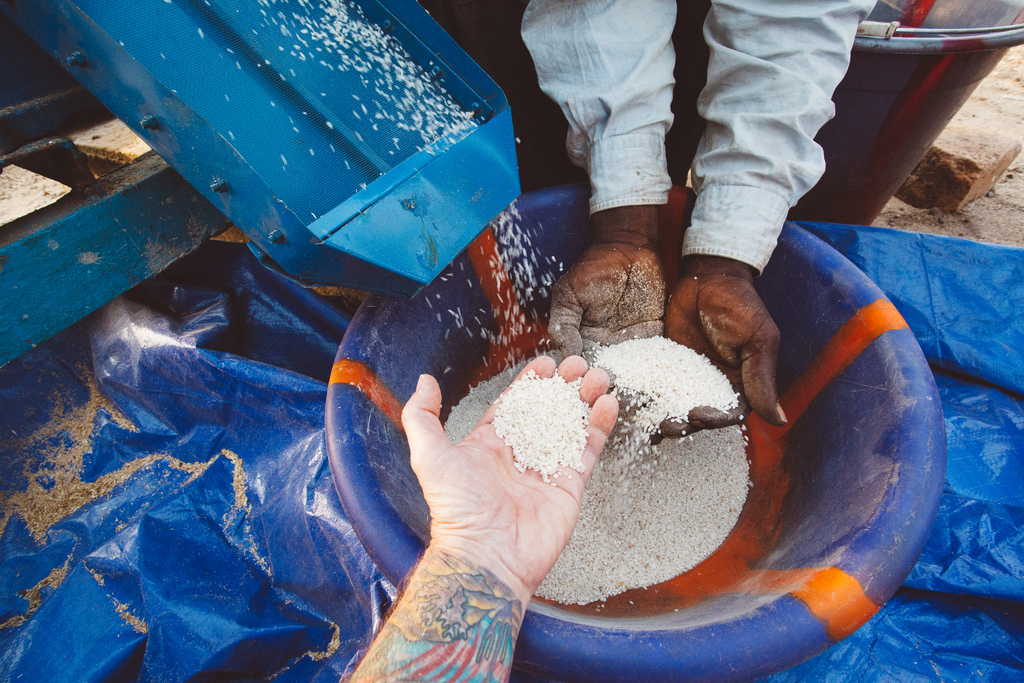 Missionaries from Pioneer Bible Translators helped a village obtain this rice mill to improve the efficiency of their rice production.

Community development demonstrates Christ’s love by meeting physical needs through sustainable projects that benefit entire communities. These projects meet crucial needs as they soften hearts in people groups resistant to Christ. They also build the economic capacity of the local churches to minister and to partner in mission.

Kofi vividly remembers the day—hot and dry, without much breeze. The men in his small rural village didn’t have much to do in their fields as they waited for the rains that would launch the new farming season. Kofi was engaged in a friendly gambling game with his neighbor, straddling a wooden bench with the game board between them, when he heard the low hum of an approaching vehicle. His attention turned from his game as a Hilux truck rolled into the village and a stranger stepped out. 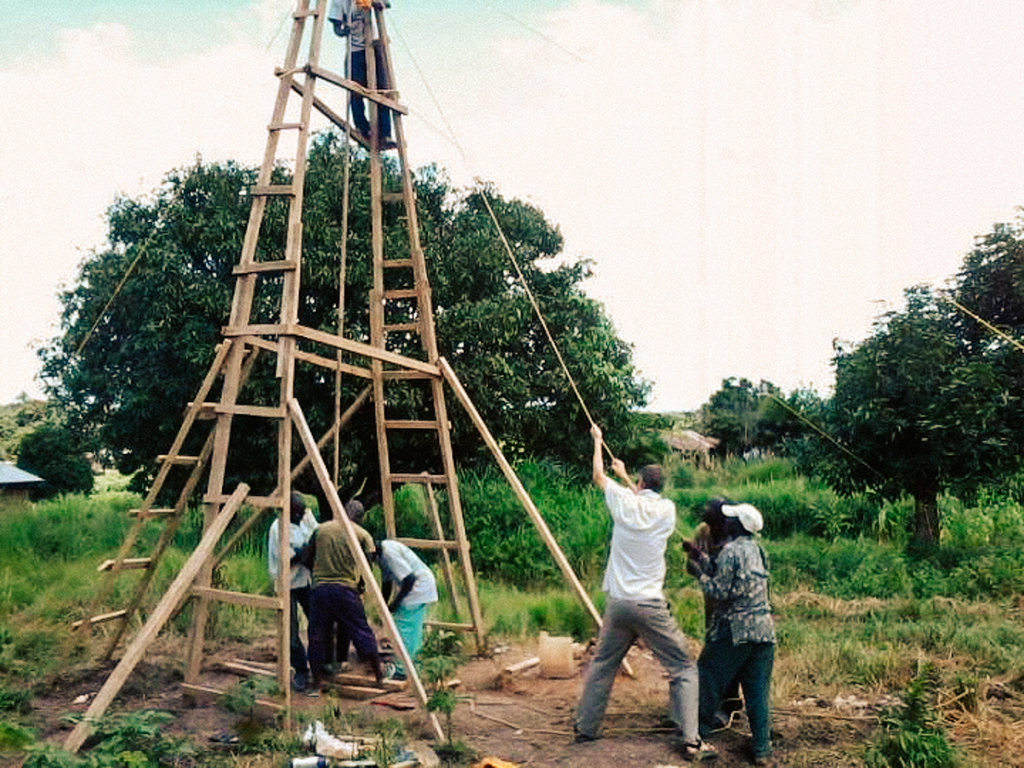 On that day and many others this man stood under the tall mango tree in the public meeting area. Kofi listened with keen interest as he read from a Holy Book. For generations Kofi and his people had appeased the village spirits through rituals and through sacrifices they brought to their priest, and the only holy writings he had heard had been in another language. Now he was hearing in his own language about a God who self-sacrificed so that he and his people could “have life and have it abundantly” (John 10:10, RSV).

Kofi and a few others embarked on the journey of following Jesus. They met often to fellowship and study God’s Word. In it Kofi found guidance and strength for walking the new path he had chosen.

Kofi fed his family with the corn, greens, yams and cassava that he grew on his five-acre farm. Even in a good year, the harvested food from such a small farm ran out about two months before the next crop of corn was ripe enough to eat. During those months he needed cash to buy food for his family. His usual way of earning that cash was to make sodebi, a potent local moonshine, from the palm trees on his farm. The effects of sodebi on the community were apparent. Men who tried to drown their worries with the powerful liquid—and many did—became, at best, unproductive. At worst, they became violent toward others. 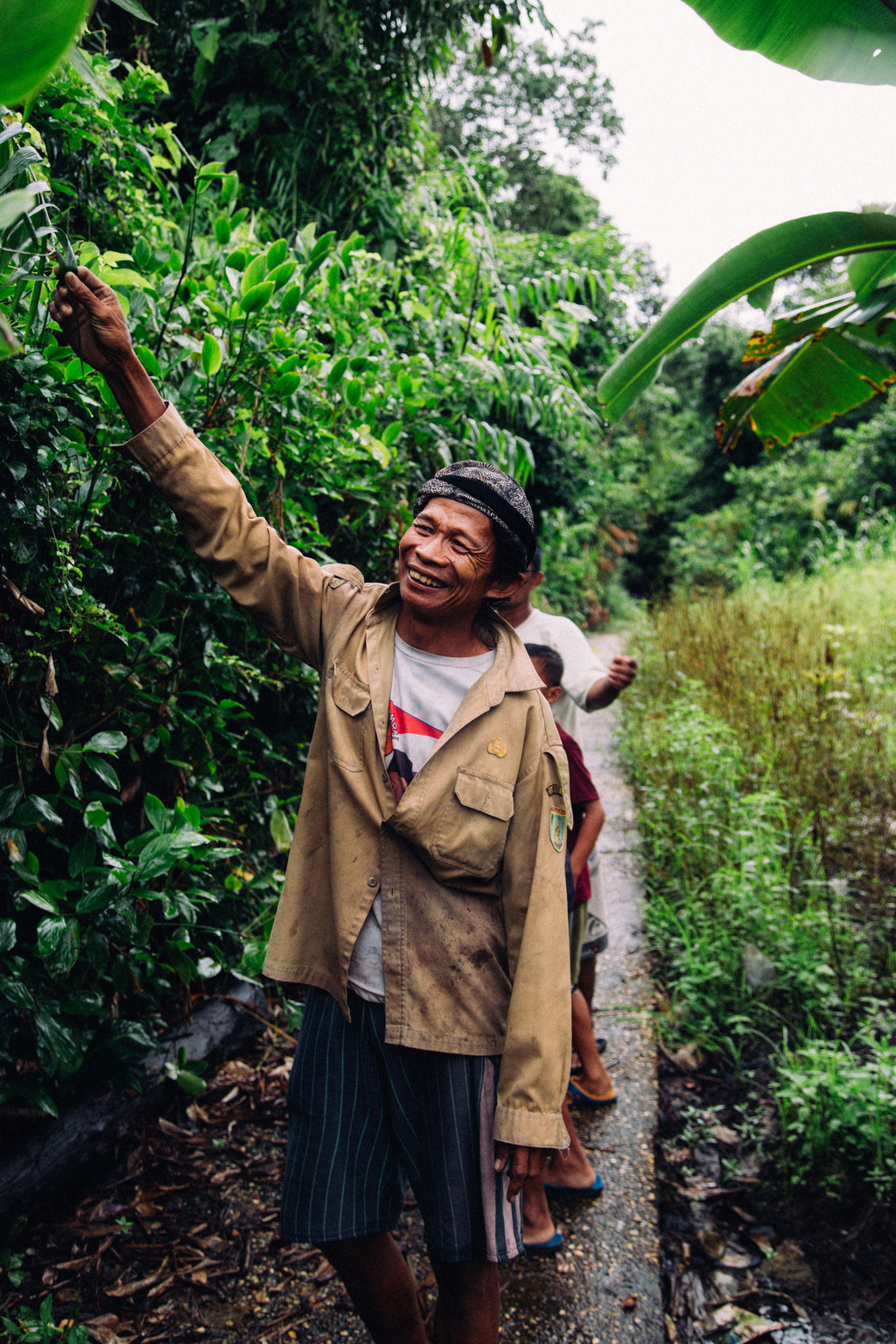 A Southeast Asian man shows off his crop of rattan, the economic engine of his village.

What Kofi was learning about a life spent pursuing God made him reconsider his sodebi business. He decided to give it up. His decision was tested every night when his children lay down on their reed mats and cried from hunger. In those moments, Kofi wondered about Jesus’ promise of abundant life. He knew it would be fulfilled in heaven, but was it also meant for life here on this earth? It sure didn’t seem so.

But all this time, God had been preparing to bring relief to Kofi and his suffering family through a demonstration farm. There, local farmers learned ways to augment their crop yields and to diversify their crops to increase their income. The farm also connected farmers with markets for their produce. Its founders believed that no person or place is God-forsaken. Rather, God has blessed each person and each place with unique talents and resources that can be used in ways that glorify Him by providing for all who live there.

Kofi learned much at the demonstration farm. Using techniques taught there, he began planting organic pineapples. At first he planted them on half of his small acreage. He sold them to a juice bottling company associated with the farm, receiving a fair price that was better than he could have gotten in the local market. That year he doubled his cash income. Since then, both his pineapple crop and his income have increased. He has been able to provide food, medical care and school fees for his family, and has even bought a motorcycle that enables him to worship with a vibrant group of believers several miles from his village.

Kofi is seeing how he can effectively use his God-given resources of time, labor and land to bless his family, his church and his community. He is seeing that life in Jesus is not only about the afterlife. God cares about his life in the here and now, too.

In Word and Deed

Pioneer Bible Translators has chosen to go where the world’s remaining Bibleless, churchless people groups live, places of extreme spiritual—and often economic—poverty. Bringing the Word of God through translation means more than just taking Greek and Hebrew words off one page and putting them onto another in a different language. It means living out those words among the people who speak that language.

We do this in simple, personal ways, like dressing sores and dispensing medicine from our back porches. But at times we also foster community development on a larger scale. Agricultural training, well drilling, orphan care, youth and sports clubs, and sustainable community health and business initiatives all provide opportunities to demonstrate God’s compassionate love for His people here and now. Sometimes we implement these projects ourselves, while at other times we work in partnership with others or even, as in the demonstration farm in West Africa, help communities continue to reap the benefits of projects initiated by others before we arrived.

Community development projects empower national believers to carry on Kingdom work using their own resources. They are equipped with sustainable economic solutions through which they can bless their families, their own communities and other communities that have not yet received the Word of God.

Development projects also prepare the soil for the seed that we have come to sow. Demonstrating God’s love through initiatives that meet people’s physical needs breaks down barriers and opens hearts.

Jesus devoted His ministry to meeting both spiritual and physical needs. As His followers, we desire to do the same. We want our ministries to look like His—proclaiming the Good News of the Kingdom in both word and deed.