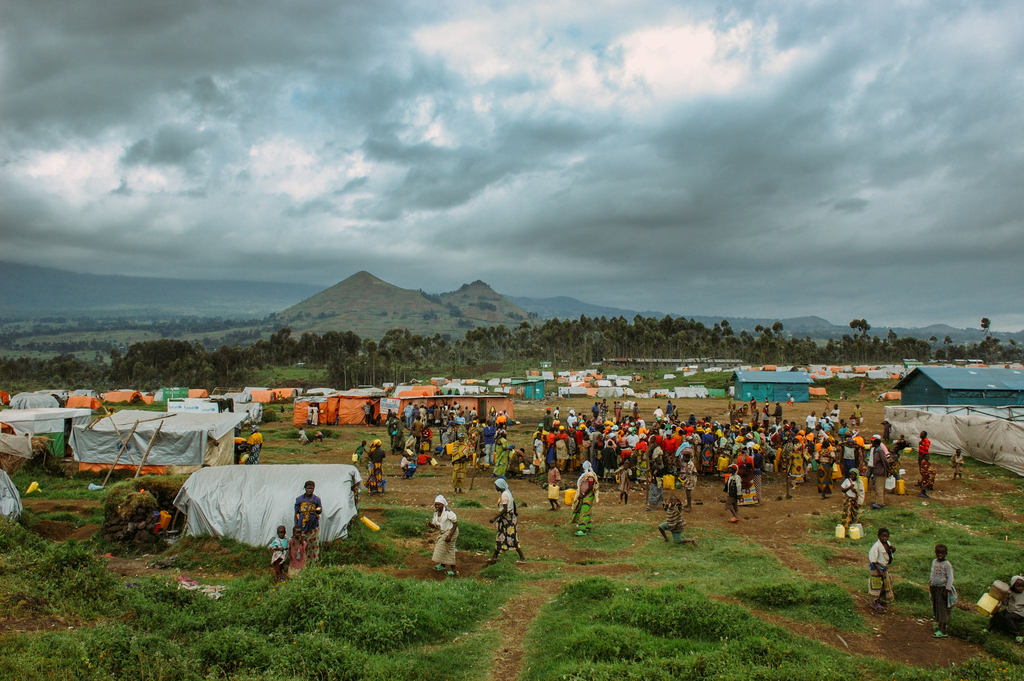 God is working through the desolation and loss of the Naas people to develop His church in refugee camps such as this one.

Sunlight filtered through the woven branches of the crowded shelter onto the refugees seated in its shade. The worship leader plucked a raboba, a local stringed instrument. Two other men kept the beat on handmade brass drums fashioned from artillery shell casings. Over and over the worshipers sang of God’s peace. I marveled at how instruments of the war that had driven these refugees from their homes had become instruments for celebrating their newfound peace in Christ.

About 90,000 Naas people—nearly half of the total Naas population—live in this refugee camp or one of three neighboring camps here in North Africa. They follow a religion that openly opposes Christianity. A year ago there had not been a single group of Christians among them. Now I sat surrounded by 40 men and women praising God together. What’s more, there were three other groups just like this one, one in each of the other nearby Naas camps. More than 200 new believers and seekers had suddenly emerged in the last few months. How did this happen? Part of the movement of God’s Spirit among the Naas in the last year has been through Pioneer Bible Translators’ ministries of language development, literacy, Bible translation, and discipleship.

It started with an unexpected visitor. Aziz was coordinating humanitarian aid in a war-torn region of his country when my teammate Neil first met him. Prior to that, Aziz had been involved in government and was known and respected. He was also a Christian who had suffered excruciating torture for trying to tell his Naas community about Jesus. During their first meeting Aziz had expressed to Neil his desire to translate God’s Word into his heart language.

Now Aziz had suddenly turned up at Neil’s front door, excited that our team was now based near the refugee camp to which his people had recently fled. He knew we were helping another group begin a Bible translation in their language. Aziz had gotten permission from his employer to take time off to translate the Bible for his people, too.

“Now is the time,” he urged. “I’ll come to the refugee camp to translate the Bible for my people.”

“But what about your family?” Neil asked.

“I’ll come back to visit them sometimes.”

“But what about all of the hardships of life in the refugee camp?”

A second unexpected development occurred shortly after Aziz’s visit. We received an email from a linguist who had previously studied the Naas language. He was hoping to conduct a workshop among the Naas to produce a beginning alphabet and grammar of their language, both essential preparations for translation. With Aziz’s connections, we could help make it happen.

Aziz approached community leaders and recruited participants who labored over hundreds of words, exploring the unique sounds and grammar of their language. By the end of the workshop, the Naas people had an alphabet and some spelling guidelines for their complicated language. 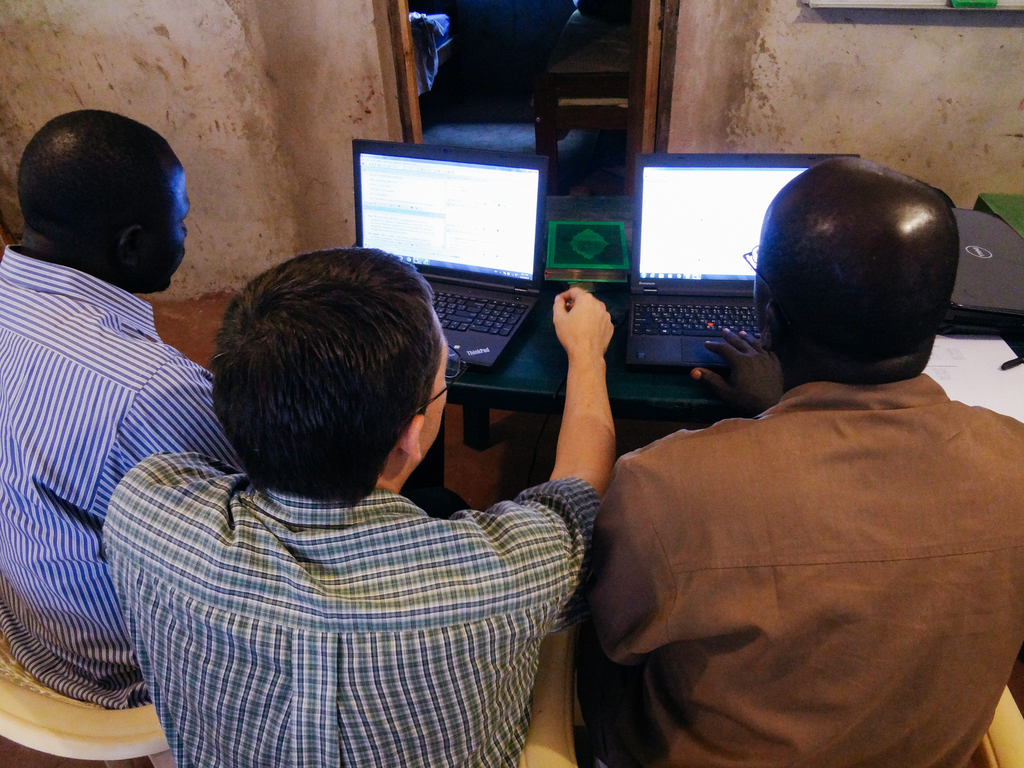 I sat with Aziz and installed translation software on his new computer, along with a special keyboard for typing his unique alphabet. Then, drawing on training he’d already received and with extensive coaching from one of our missionaries, Aziz began drafting portions of Scripture in the Naas language.

Then we experienced a third unexpected development. Three young Naas men showed up at our homes near their refugee camp with a startling request: “We’d like to learn more about following Jesus.” They requested to meet at our houses for fear of how their neighbors might respond.

Neil and others began meeting with these young men, who soon found the courage to invite some of their neighbors. They read and discussed Scripture together. On their own initiative they started leading new groups to share what they were learning.

Concerned at the spread of a new teaching contrary to their own, the local religious and political leaders called a meeting and asked Neil to speak. He opened his backpack and pulled out the fruits of the linguistic workshop: a copy of their alphabet and some traditional stories in their language. He shared our plans to train literacy teachers so that the whole community could learn to read and write the Naas language.

The Naas leaders were ecstatic at this historic development for their people. Everyone wanted to see the materials. The chief concluded the meeting by praising this work. His next words were stunning. “Even if these young people are meeting to study other teachings, we are a democratic society now. We support freedom of religion. It’s okay for them to keep meeting.”

The groups continued reading Scripture and soon began singing Christian songs together. More and more of their neighbors became interested. Before long the leaders called another big meeting. This time, the chief openly declared that he would like to see a Christian church in every Naas community.

In November I spent two weeks sitting in a mud hut with Aziz as we thoroughly checked the Scripture portions he had drafted. The corrected drafts are now in the hands of Naas believers and seekers who are eagerly reading and discussing them as we move on toward the next steps of revising them to ensure their accuracy before they are published. God’s great message of hope and salvation is finally coming to the Naas.

As I sat with some of these refugees in that crowded little shelter and listened to their heartfelt songs of praise, I marveled. Verse by verse, story by story, person by person, God is making Himself known and ushering in His kingdom of peace among the Naas people.