Training Translators in the Pacific 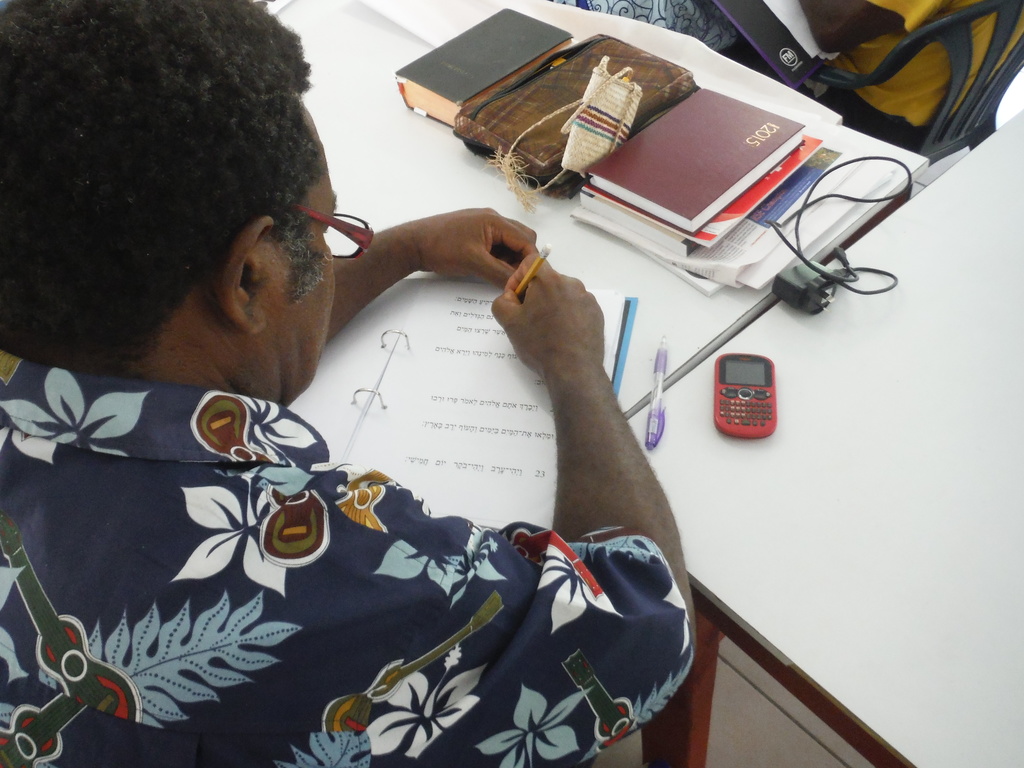 A student in VISTA, a unique training approach developed by Pioneer Bible Translators, digs into the Hebrew Scriptures as he prepares to translate them into his heart language.

“We had no idea God hated these things so much.”

The man’s words hung in the air, and the silence that followed was tangible. He and his fellow students were discussing how to translate Deuteronomy 18:10: “Let no one be found among you…who practices divination or sorcery.” In a culture where witchcraft and related practices are woven into the fabric of daily life, heart-language Scripture communicates and convicts.

The Pacific island nation of Vanuatu, with more languages per capita than any other country in the world, is one of the areas of greatest need for Bible translation. Of the 95 viable local languages spoken there, a staggering 67 have no New Testament and no active translation project.

While the need for Bible translation in Vanuatu is urgent, the churches there have another equally pressing need: trained pastors and teachers. Without men and women equipped with the tools to study Scripture in depth so they can understand and teach it accurately, the church struggles to grow and mature. This leaves it vulnerable to false teaching. The president of one of Vanuatu’s largest church groups once noted, “Lack of knowledge of the Word of God is destroying the community.”

This is the situation into which Pioneer Bible Translators was invited. Years before our first missionaries moved there, they prayerfully sought wisdom from the Lord. How could they equip pastors to study God’s Word, teach it well, and translate it into their heart languages? And how could this be accomplished without harming the church by diverting their most highly trained people from pastoral ministry into translation work? And how could they utilize pastors as Bible translators without placing a crushing load on them?

As they prayed, ideas began to form for how to equip national men and women to study the Biblical text and communicate it in their heart language. Additional missionaries committed to joining the team, and the intense prayers continued. Ideas gave rise to plans, and from these prayers and plans the Vanuatu Institute for Scripture Translation and Application (VISTA) was born.

From the outset the students dug deeply into the Scriptures, learning how to mine them for meaning and then express that meaning in their own languages.

VISTA launched in early 2015. From the outset the students dug deeply into Old Testament Scriptures, learning how to mine them for meaning and then express that meaning in their own languages. At the conclusion of each four-week module they return to their home communities to teach and discuss what they have learned and to complete assignments that prepare them for the next module. With three modules scheduled each year, the pace is intense yet moderate enough for students to do their VISTA-related work while also fulfilling other responsibilities in their homes, churches, and communities.

The impact of the VISTA approach was immediate. The students began expanding their teaching to take a more textual focus, working through longer passages verse by verse instead of following their previous practice of lifting single verses out of context to make their point. This deeper understanding of Scripture enables them to address key issues in their communities.

Now in its second year, VISTA currently has 14 students from four languages. They are in the middle of the training program for translating the Old Testament. After completing this portion of the program, the students will move into another part, which will equip them to study and translate the New Testament.

Our missionaries hope that the VISTA program will eventually train translators in all 67 of Vanuatu’s Bibleless languages. They also dream that the approach used by VISTA will be adopted in other countries. In the words of one missionary, “VISTA is not just one translation project. Rather, we envision it as a self-replicating training for translators that we hope to see spring from Vanuatu and spread across the South Pacific.” Fulfilling this dream will require additional personnel, funding, and the involvement of VISTA graduates as trainers of future VISTA students.

God longs for His children to praise Him, pray to Him, and read His Word in the language of their hearts. VISTA is one of the many tributaries that He is bringing together to form a river of praise—a beautiful chorus of voices lifting up the name of Jesus in Vanuatu.