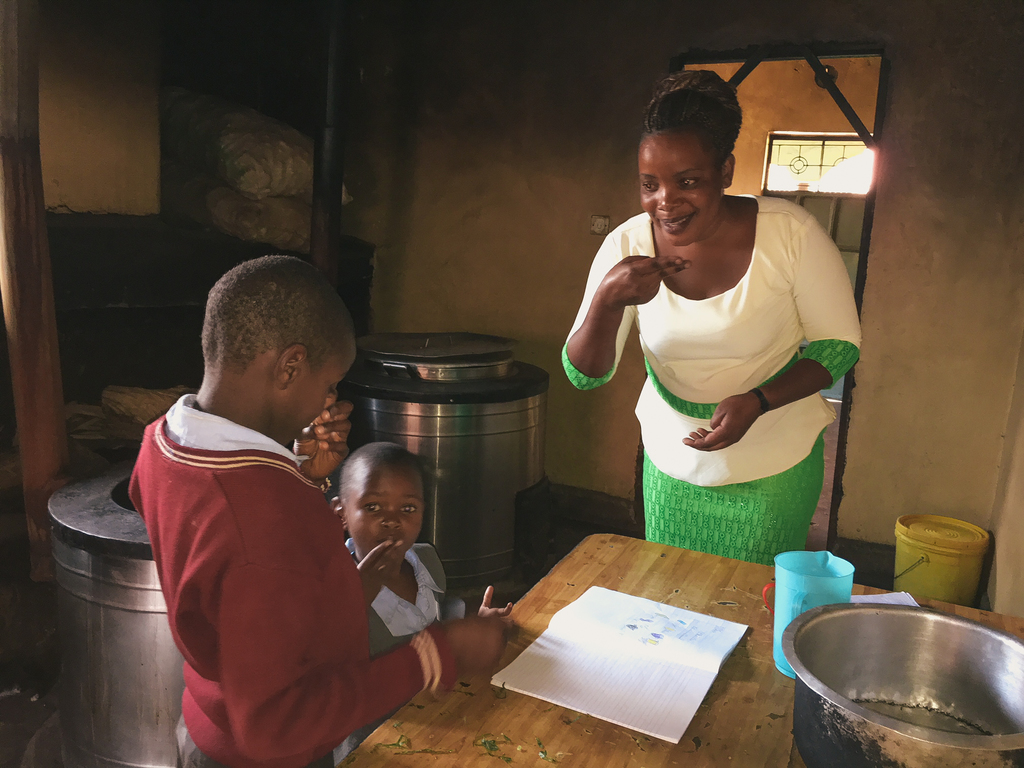 “Speak!” the witch doctor shouted as he beat the child with sticks. “Speak!” he demanded again. But 9-year-old Collins Prempeh said nothing. He had not even heard the witch doctor’s command. He was Deaf.

Pastors and other Christians prayed for Collins to hear, but he remained Deaf. He knew that the Bible was important, and he tried to read it. But for Collins and every other person who is Deaf from an early age, words written using a sound-based alphabet are meaningless strings of marks on a page that require rote memorization. Many Deaf never learn to read at all, so the Good News proclaimed in written Scripture remains inaccessible to them.

Later Collins attended a Deaf school, where he learned Ghanaian Sign Language. While he was at the school someone gave him a video of a person signing portions of the Bible. The impact of seeing Scripture signed in his heart language was immediate. He smiled as he signed, “My heart was touched, my life changed, and I accepted Jesus as my Savior.” He now serves as a translator with DOOR International, making more of God’s Word available to others like himself.

Collins is one of the estimated 70 million Deaf people in the world whose first or only language is a sign language. At least 400 unique sign languages exist today. Each is the heart language of a community of Deaf people. Not one of these sign languages has the entire Bible, and only one—American Sign Language (ASL)—has the New Testament. Most Deaf people still have little or no direct access to Scripture. But that is beginning to change.

Chad Entinger is also Deaf. His father Dennis realized that he could not rely on spoken or written English to teach his son about Jesus. Dennis made the effort to receive training and resources from Deaf Missions, a ministry that exists “to effectively communicate the Gospel of Jesus Christ with Deaf people,” so that he could teach Chad in the language his son knew best—ASL.

Pioneer Bible Translators envisions going to the least-reached Deaf communities in the world.

When he was 8 years old, Chad committed to following Christ. Now, three decades later,  he serves as director of the organization whose mission changed his life. Under his direction Deaf Missions is spearheading the translation of the American Sign Language Version (ASLV). When finished, this video-based translation will be the first complete sign language Bible. With support from several organizations, including Pioneer Bible Translators, six teams of Deaf translators are working to complete it by 2020. The ASLV is undergoing the same rigorous checking process that written translations undergo to ensure that it is both accurate and natural.

Joseph Pfaff, too, is Deaf. As a member of  the ASLV team, his job includes showing videos of drafted Scripture to members of the Deaf community to confirm that the translation communicates well. He is already seeing God’s Word transform lives. One Deaf volunteer had very little knowledge of the Bible when he began viewing the drafts. But soon this man was able to retell a story he saw “with astounding accuracy and understanding,” and he has become very active in his church. In recounting this example, Joseph shared his conviction that “the impact we saw with him is just a small representation of what will happen [through the ASLV], not only within the U.S., but also internationally.”

The ASLV has enormous potential to impact Deaf people who use ASL. Its potential, though, does not stop there. It will serve as a strategic source and reference for hundreds of other sign languages around the world that need translation. Already many other partners in the Bible translation movement are engaging with Deaf communities as they work to translate key narratives from Scripture into more than 30 sign languages.

Yet hundreds of Deaf communities still live without access to God’s Word.

Pioneer Bible Translators’ vision is to go to the least-reached Deaf communities in the world. We have already begun developing our capacity to recruit and train Deaf Bible translators. We look forward to the fulfillment of Romans 15:21 for marginalized Deaf communities: “Those who were not told about Him will see, and those who have not heard will understand.”