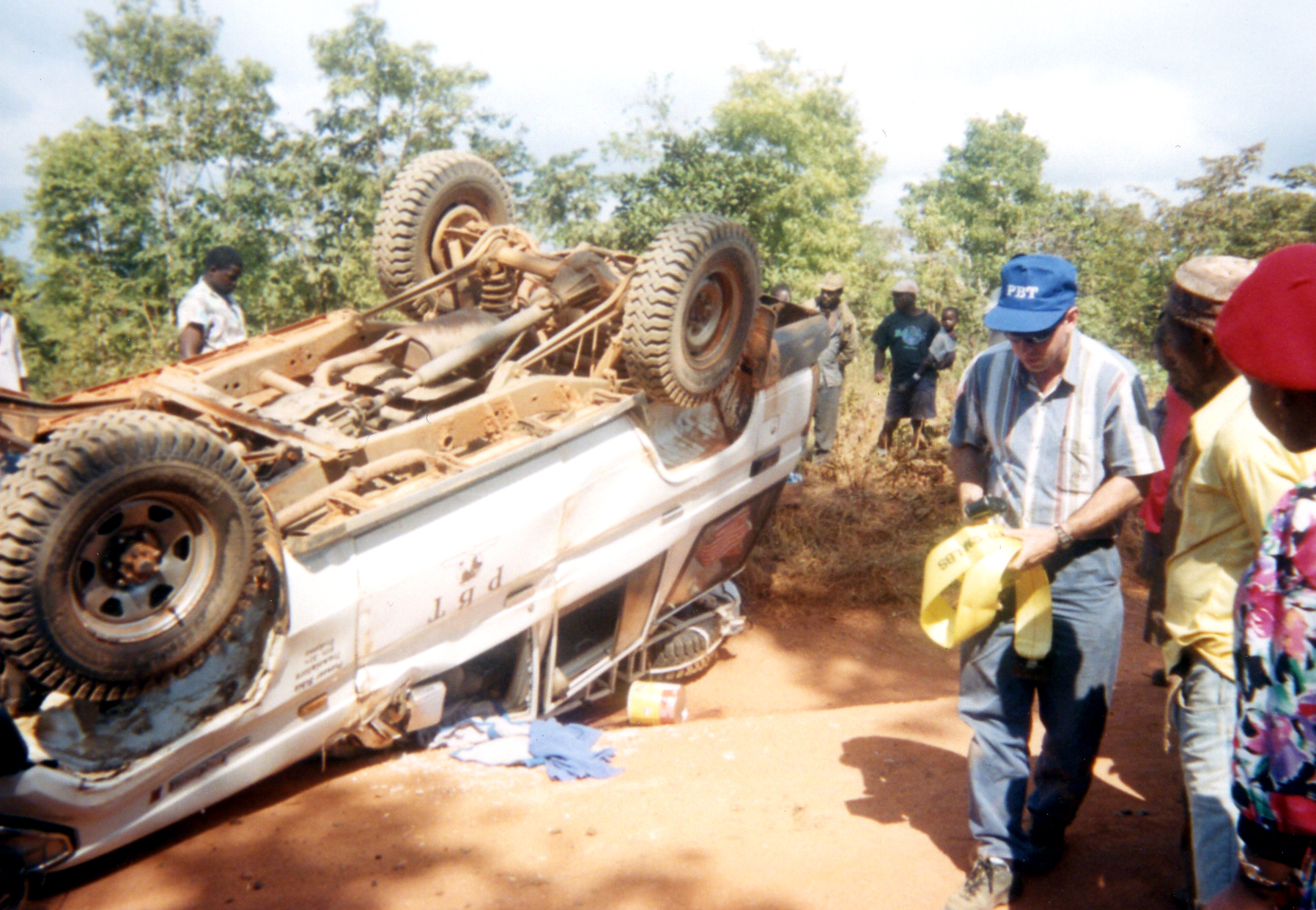 Warnings of danger became very real to the language survey team when their vehicle rolled in a remote part of the African savanna.

Language survey is crucial to gathering information about languages and the Bibleless people who speak them. Survey specialists travel to some of the most remote places on earth to collect data that will enable us to prayerfully assess needs and formulate strategies for meeting them.

We rolled the SUV on day three of a three-month trip, and things went downhill from there. Although I had eagerly anticipated an adventurous life when I signed up to be a language surveyor, this was a bit much even for me!

The region we were surveying was one of the least-developed parts of this East African country. Only two roads led into it, neither one passable during rainy season. We had to cross vast stretches of lion-infested wilderness in a vehicle whose road worthiness was questionable.

Our purpose? To spend three months collecting data from six language groups to determine how many of them needed Bible translation.

During our months of preparation for the survey, we spoke extensively with people familiar with the region. Many tried to dissuade us. “Please don’t go there! Those people have very dark magic.” “The roads are very bad and dangerous, and there are too many lions.” “The area is undeveloped, and the officials are corrupt.” “So many missionaries have tried to go there before, but they often get sick and sometimes die.” “You will never reach that area.”

These warnings, intended to deter, were the very reasons that compelled us to go. We had to find out how the people in this oppressed region could be reached and transformed by the Gospel.

This job takes me to some of the most remote places on earth, places where I am occasionally mistaken for a dead person.

On the third day of the trip, we came to the end of the paved road and began a journey across a sparsely populated expanse of savanna where lions and hyenas roamed freely. Our heavily loaded vehicle bucked and roared like an irate elephant. Less than an hour into the drive, we hit a trench in the road. It was too much, and over we went. Someone screamed (probably me). There was a final sickening thud, then silence.

We ended that day praising God for the many ways He had protected us. We sustained only a few cuts and bruises. We were able to salvage most of our luggage and gear. Villagers appeared from nowhere to help us turn the car right-side up, and eventually we were able to get it started. We found a shop in the town through which we had just come that could help us do the repairs. Most of all, we praised God that we would be able to carry on with our journey to reach this “unreachable” place.

This was the first of many setbacks that characterized the entire survey trip. We prayed continually, and we pressed on. When the vehicle was no longer up to the task, we hitched rides, took canoes, or walked. When there was no guest house to sleep in, we camped out (in spite of the lions). When people refused to help us, we went on to the next house or village. When we got sick, we carried on as best we could. And every night we prayed that Satan would eventually leave us alone, and that the sun of God’s Kingdom would rise on these lands that had been in the dark for so long.

Our experiences and observations during the survey, coupled with prayerful analysis of the data collected, confirmed that this was an area of immense need. This gave rise to two strategic recommendations. First, we agreed that we should begin making plans to serve in this area. Second, realizing that we would face great spiritual opposition, we should do nothing but pray for the area and its people groups for two solid years.

That was more than a decade ago. Portions of Scripture are now available in the two languages to which God has led us thus far. Literacy initiatives are enabling people to read these Scriptures and preparing them for the day when the entire New Testament becomes available to them in a few years. Improved roads make travel in this area less “adventurous.”

Yes, much has changed. Two things, though, have not. The area is still desperately needy, and prayer coverage is still critical. Yet we are beginning to see that in God’s strength, there is no such thing as an “unreachable” area.