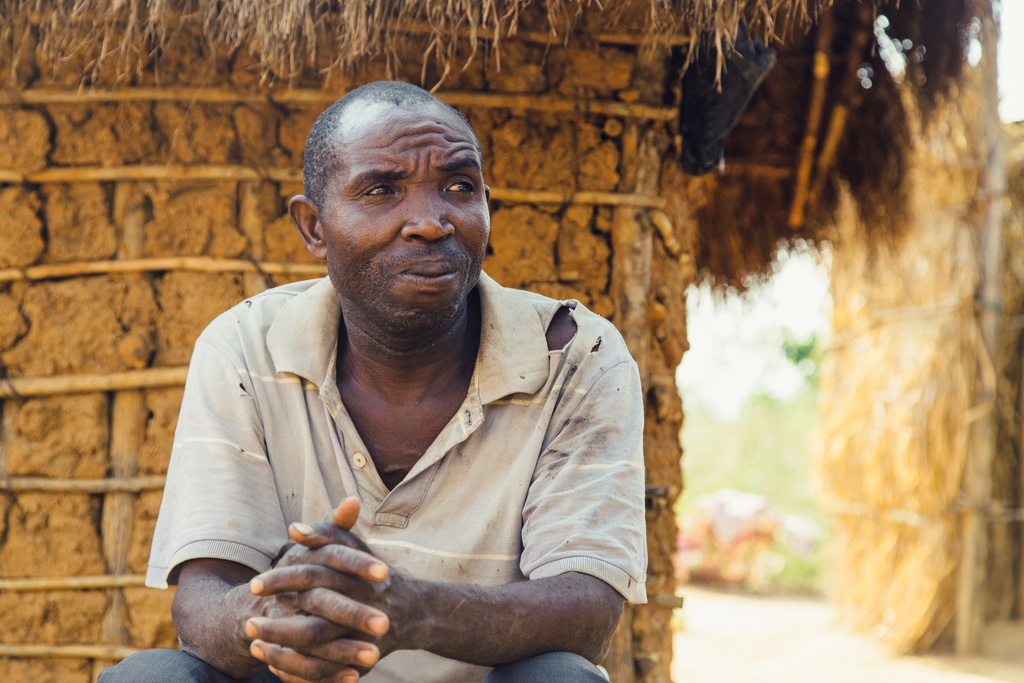 Every night before going to bed I take hot tea and cookies to the night guard. I enjoy the chance to visit with whoever is on duty. On this particular evening I was more tired than usual after the excitement of the New Testament dedications, but I still brewed some tea and prepared a plate of cookies.

The guard on duty was Ibrahim, a gentle man who leads a devout life as defined by the religion that he follows. He is a proud speaker of Lughuru, one of the six East African languages represented at that day’s dedication celebration. A hard worker and a good father who cares deeply for his family, he is committed to improving the lives of those around him.

As I approached, Ibrahim switched off his radio, on which he had been listening to a soccer game to stay awake. He accepted the refreshments with a twinkling smile. After sharing some of his family news, he asked about my day. I told him about the dedication festivities, adding that his own Lughuru language was one of the six in which the New Testament was now available.

“Is this real? Does this Book really exist in my language?”

Ibrahim’s eyes brightened. He asked if the book contained the Injil—the Gospels. Though his religion rejects Jesus as Lord and Messiah, it recognizes Him as a prophet of God and encourages people to read His teachings. I assured him that indeed it did.

“Is this real? Does this Book really exist in my language?” he asked, struggling to believe that something so good could actually be true. In response, I held out a copy of the New Testament in his language.

This moment for which many people had prayed for years transformed an ordinary conversation into an extraordinary encounter.

As Ibrahim reached out to accept the book, his broad smile gave way to an expression of amazement. He thanked me profusely. Leaving the rest of his tea, he walked away distractedly, already leafing through the book and scanning each page.

The next morning as I opened my curtains, I spotted him sitting in a chair engrossed in his New Testament. He must have read for a good portion of the night, because I could see that he was already more than halfway through it.

I went out to greet him. Hoping I would not scold him for shirking his duty as a guard, he grinned sheepishly as he admitted, “You caught me.”  I assured him that he was welcome to read this book anytime that he was at my house. I also told him that I would love to talk about any questions he had, or I could ask a teammate to do that if he would be more comfortable discussing with a man. He looked pleased.

In the days that followed I gave New Testaments to three other Lughuru speakers. A fourth missed out on this blessing because he is unable to read. But soon afterward I was able to share another treasure: solar-powered devices containing a recording of the entire Lughuru New Testament. All were excited, exclaiming how they would be able to listen to God’s Word as they worked. The one who could not read was especially pleased to have a way to share God’s Word with his entire family at mealtime. Another said that she and her husband would use these audio Scriptures to teach their children.

As for Ibrahim, his hunger for Scripture showed no sign of waning. He did not like reading after dark because the inactivity made him sleepy. But now instead of turning to the radio to stay awake, he listened to his audio New Testament.

Ibrahim’s interest in God’s Word began with love for his Lughuru heritage and language plus curiosity about the Prophet revealed in the Gospels. Now he has developed a love for the Scriptures themselves. May this in turn become a deep and abiding love of the One these Scriptures reveal.