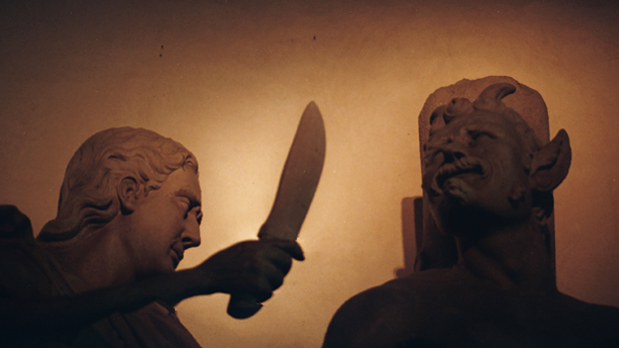 My friend Mamadu had problems. Not first world problems. It wasn’t his twitter account or programming his TV, I mean problems. He had epilepsy that the local witch doctors treated until he got so demon possessed he became a raving, uncontrollable menace. In his own words he “couldn’t see human skin without trying to bite you.” He said that the sorcerers of the village had closed his throat and for 12 days no water or food would pass. Everyone around him was just waiting for him to quit screaming and die.

Meanwhile back at the church we had just finished an 8 week series on how Jesus gives us power over the sorcerers and the demons. I can share the notes. Great series. A little heavy. People started coming from miles for the church to drive out the demons and heal the sick or find stolen cows.

One day I was cleaning out my water tower when a church leader came to borrow the vehicle. He said,

About 3 miles over I went to see my friend Mamudu. He was laying there demon possessed hadn’t eaten for 12 days, when I walked in, he said, “Jesus Christ has come to save me!” I’m going to go get him.

They drove over to the neighboring village and put Mamudu in the car. It took four people to hold him down. They put him in a hut.

As soon as they got him there and prayed for him, he said, “You can stop holding me down now. I’m alright.”  When I got down there, they were shoveling food into him. He became a Christian and regained his strength.

One Sunday the men of the church went back to his village to hunt monkeys. Hundreds of people surrounded us to stare at him and whisper. The last time they saw him, he was screaming, snarling, and snapping, nearly dead. Now he’s alive. He’s healthy. He’s going hunting. Who is this Jesus? His Word has such power to transform lives!

His wife told me here recently,

“I began following Jesus because he’s done a miracle for me. When I came, I was anxious; I was running around. But today, praise God! We don’t go to diviners, we don’t worship idols, and we don’t have magic medicines. We content ourselves with God, and we have peace.”

That’s what we mean by our vision statement, “Transformed Lives through God’s Word in Every Language.” One day people won’t be at the mercy of illness and evil spirits. They will have the transforming power of God’s Word in their language to teach them to overcome.

Photo for “Demons Defeated!” courtesy of Daniel Hadley under the Creative Commons license.