No one can see the wind, but we all feel the gusts pushing us along when it is at our back. The Wind of God blows irresistibly toward the moment when the earth will be full of the knowledge of the Lord as the waters cover the sea. Jesus promised that we would receive power when the Holy Spirit comes on us—power to be His witnesses even to the ends of the earth. At Pioneer Bible Translators, we are being swept along by His Wind. He is relentlessly fulfilling the prophecies that Jesus will one day bless every nation and tribe before the end of the age.

Leading an expanding team of world-shaking pioneers means that every year I have the honor of reporting new earth-shattering, ground-breaking accomplishments. It is exciting to be a part of what God is doing. Join me in praising Him! 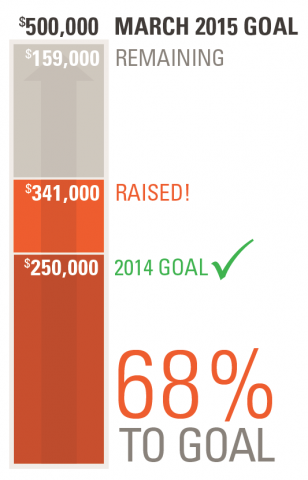 Last year was incredible, but we are excited and expectant to see what God will do in 2015. We are striving to begin ten new translation projects, growing from 62 to 72, a 16% increase. We plan to use three new experimental techniques for translating the Bible, with the aim of accelerating the translation process while enhancing quality. Another indication that God is working among us is that we will add six recruiters in the coming months. I can only imagine what He will do with nine recruiters! We also hope to start construction on the next stage of our facilities expansion late in 2015. We have come to expect the miracles of God each year to exceed the blessings of the previous year.

That doesn’t mean we take the miracles for granted. God has shown us with painstaking gentleness that He blesses us because prayer is our strategy. It is a strategy with limitless potential because we serve a God of infinite power! Join with us in 2015 to pray for our team to experience even greater fruitfulness in God’s Kingdom.

Here are a few more milestones that God, working through Pioneer Bible Translators, has achieved during 2014: 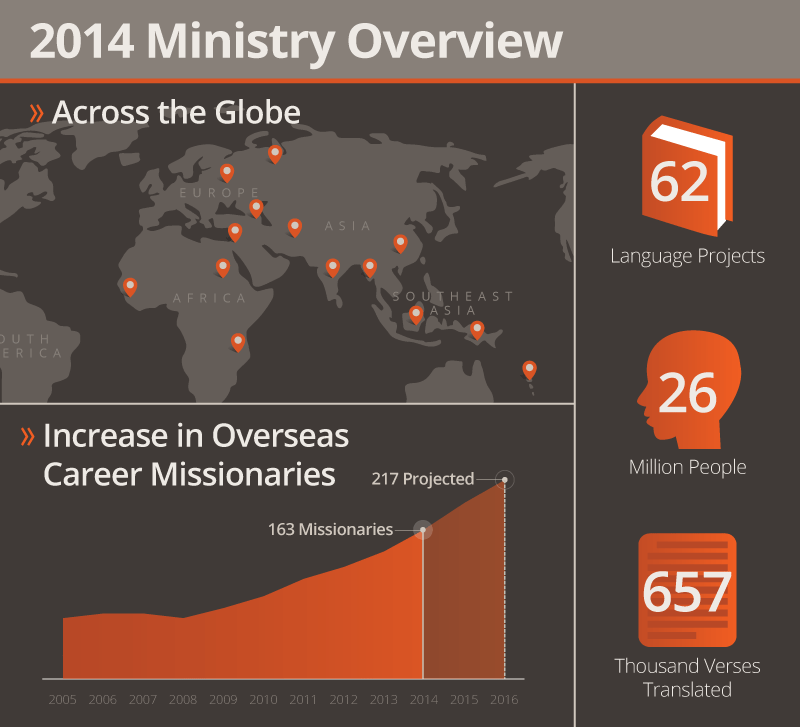 I am so grateful to each of you who have prayed, given, and worked with us to accomplish these unprecedented ministry gains. God has truly blessed us with great progress. Usually we can only hope to finish one or at most two New Testaments in a year, and some years we haven’t finished any. But to complete 12 New Testaments and one whole Bible in a year is just stunning! Praise God with us for this amazing progress. Please pray that God would continue to bless our work together.

Thank you so much for helping to disciple the Bibleless peoples of the world.