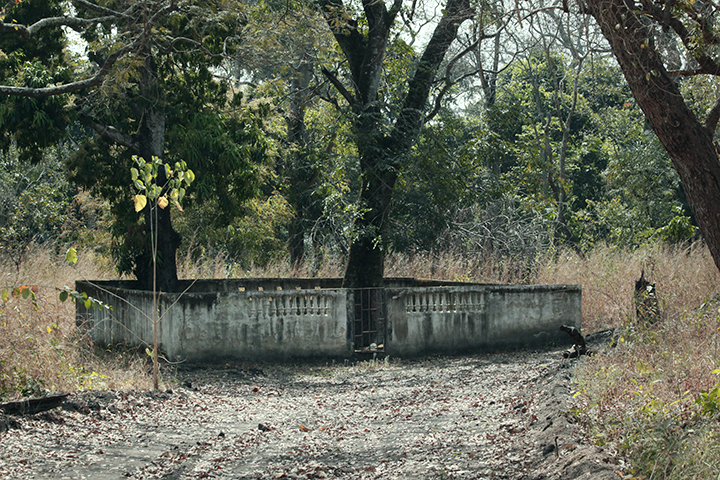 I know a Yalunka village that’s an ancient center of ancestor worship. The oldest known Yalunka ancestor is buried there with a concrete wall built to protect his tomb. Each person that prays to him places one round stone there so now there’s a huge mound. Back in 2005, I took my first hunting trip there. I shot a warthog and so that night we sat down to eat the parts that don’t keep. To be a good missionary you don’t have to like eating warthog entrails, but it helps a lot.

At night some men came and asked about Scripture. My buddy Ousman gave them Genesis. It was the night of Tabaski when followers of the Qur’an celebrate Abraham nearly sacrificing his son by sacrificing a ram. So we opened up to Genesis 22 and read the whole story. When the angel told Abraham, “and through your offspring all nations on earth will be blessed, because you have obeyed me.” Gen 22:18 I asked, when it says, “all nations” does it mean the Yalunka people too. “It must mean us too!” they said. I said, “The descendant of Abraham who fulfilled this prophecy is Jesus. God foretold that the Yalunka people would be blessed by Jesus four thousand years ago, but today the prophecy is fulfilled for you in this village with the arrival of these books. And it comes on the day that you celebrate the promise 4000 years later! This story foretells that Jesus would become the sacrifice for your sins and that is why he died on the cross.” I’m sitting on the hood of my landcruiser under the brilliant African moon fulfilling 4000 year old prophecy. What did you do at work today? At my job, I fulfill prophecy.

Satan wasn’t ready to let go of these people. This demonized crazy man walks up and begins distracting people by talking to our car in three different voices right out of the movie the exorcist. The high voice would ask a question and a low gravely, mutter would answer. Complete gibberish til all of a sudden he turns and points at everyone listening and shouts: “Are you educated? Do you think you can read? I am telling you, Yalunka is a small language. Stop trying to learn to read it. Stop trying to read those books.” It was the first coherent message he said, and it came straight from hell. The meeting broke up. We slept in the car that night, and I could hear the men not far away reading and talking about Scripture late, late into the night.

Every time we came “hunting”, they would ask more questions:

“Why does the law forbid eating rock hyraxes? If you can’t eat meat you find dead, why is it okay to sell it to a foreigner? Why doesn’t the Bible mention Mohamed?”

“When you read these books, it makes you stop fighting with your family!”

One day we were listening to Scripture and discussing it with a crowd of 80 people under a mango tree. I had a box of free Scripture portions sitting on my bumper, waiting to be distributed. As school let out, a steady stream of students began to trickle by our meeting. One young man spotted the box of Scripture and stopped.

I wish you could have seen the look on his face when he started reading the words in his own language–intrigued. He picked up a booklet and flipped through a few pages. He carefully glanced around to make sure no one was looking. He slowly sidled away until he had just enough of a head start to make sure no one could catch him. Then he took off. It was the first theft of the book of Galatians in Yalunka history. Once he got away with it, all the kids came, and then the women. They picked up the Scriptures with a shocked look on their faces like, “We can have this?” As I watched the boy disappearing into the distance still running away with his plunder, I thought, “Jesus sent us to these people 2000 years ago. No child should be so starved for the Word of God in their language that they have to steal it! Shouldn’t everyone deserve a chance to know their creator?” We won’t stop preaching and hunting warthogs and distributing Scripture until there’s a church in every Yalunka village!