She Threw Baby Jesus into a Well? 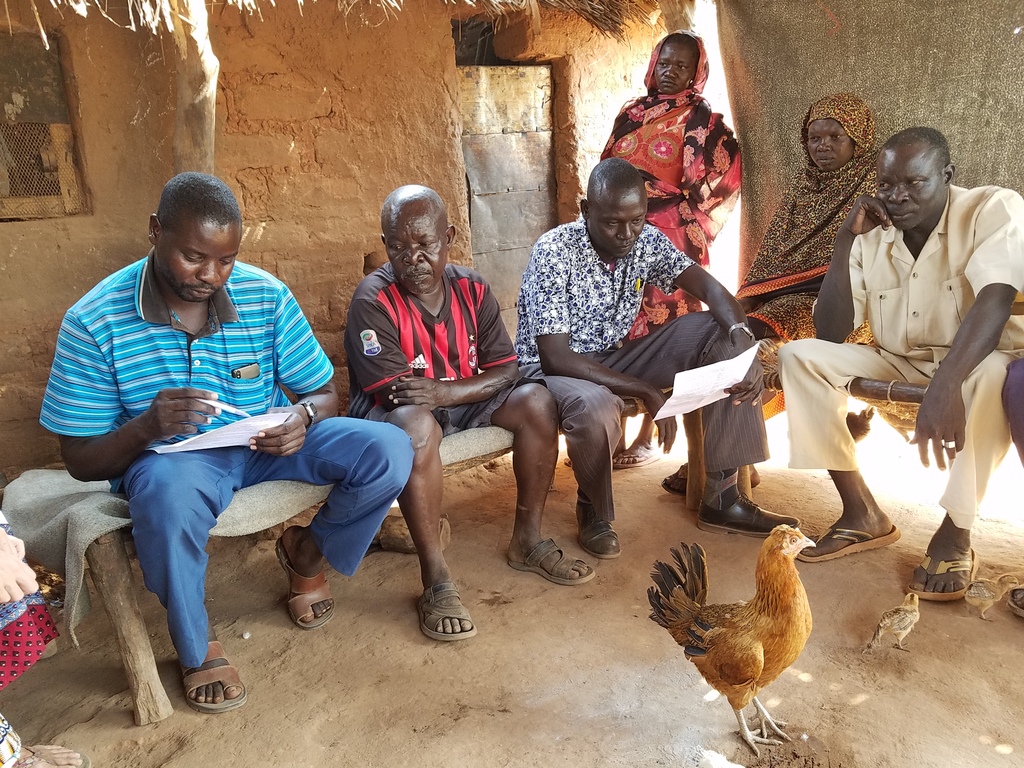 “Laughter erupted all around me. I didn’t understand the language well enough yet to know why, but I could tell that they’d just heard something very amusing.

Our team had translated Luke 2, which tells about Jesus’ birth. Now they were reading it to fellow refugees who had never heard it before and seeking feedback on whether it sounded “right” and made sense. They had just read about Mary placing baby Jesus in the manger: “Na cägiyäng päxäcenä zäläg näs päxä apang na camulungi na tandä ndä cäzänggasa tä kabuga.”

We had struggled to find the best word for “manger”—food trough—and had settled on kabuga, though we weren’t sure. Kabuga has two meanings. Unfortunately the hearers initially assumed its other one, which left them wondering why Jesus’ mother threw him into a well! That’s what the laughter was all about.

When this happens we ask people to suggest alternate words. This leads to good conversations and, often, to excellent ideas that make the meaning clearer and more accurate. For this text, though, there was no better word. So for the benefit of future readers, we added a footnote that here kabuga is a “thing in which food is given to the cattle” rather than a well in which a newborn baby would surely drown.

It is so invigorating to watch people who are intently listening to God’s words to them for the first time.

The Christmas story would have included a very confusing statement if not for the comprehension testing that we do here in this refugee community. Finding mistakes and difficult-to-understand wording is just one reason this part of the translation process is so valuable. Engaging people in discussion about the meaning of God’s Word is another.

It’s valuable for me, too. I love being with the team when they do community comprehension testing. It’s a great language learning opportunity for me as well as a great way to get to know people in our language community. And, of course, there’s coffee. There’s always coffee.

More importantly, just like Jesus came to this world for the sick, the immoral, and the marginalized, our team likes to test Scripture with the unchurched around the refugee camp where we live. The “uninitiated,” if you will. The refugees whose homes we enter to read Scripture wouldn’t dream of setting foot inside a church building, which makes it even more important that we go to them. Offering to read them something written in their language is the perfect door opener.

It is so invigorating to watch people who are intently listening to God’s words to them for the first time.

In God’s mysterious timing, the Scripture portions we read with people tend to parallel events with which they are struggling. Traumatized by endless war and driven from their homes, the people in refugee camps like this one have already suffered unimaginable loss. Life is a constant struggle for survival, and they have reason to feel forsaken and unloved.

In this dry, hot season, the water distribution points in this refugee camp aren’t providing enough water for the 50,000+ people who depend on them. All day, women and children walk from water point to water point, looking for one that is operating and that still has water for their families.

Recently life became even harder for some of the refugees when their ration cards for food distribution were unexpectedly cancelled. Thousands of people stood all day in the scorching sun, for many days in a row, only to be told that they wouldn’t receive new cards. No cards meant no food.

While this was happening we were testing Luke 12. In God’s wisdom, the words He had us reading to the people as we visited them in their homes included Jesus’ assurance to His disciples, “Do not be anxious about your life, what you will eat … .”

What an opportunity for people to feel relief when they heard that their Father cares more for them than for the ravens, which He freely feeds. I pray these refugees will begin to trust in their heavenly Father’s hand rather than in a handout from an aid agency.

Life in a refugee camp is an extreme journey of highs and lows, but we can always count on the Word of God to be our steady rock. And community comprehension testing is a platform from which we offer a hand up onto our Rock.