God’s Word Is a Seed in Fertile Soil 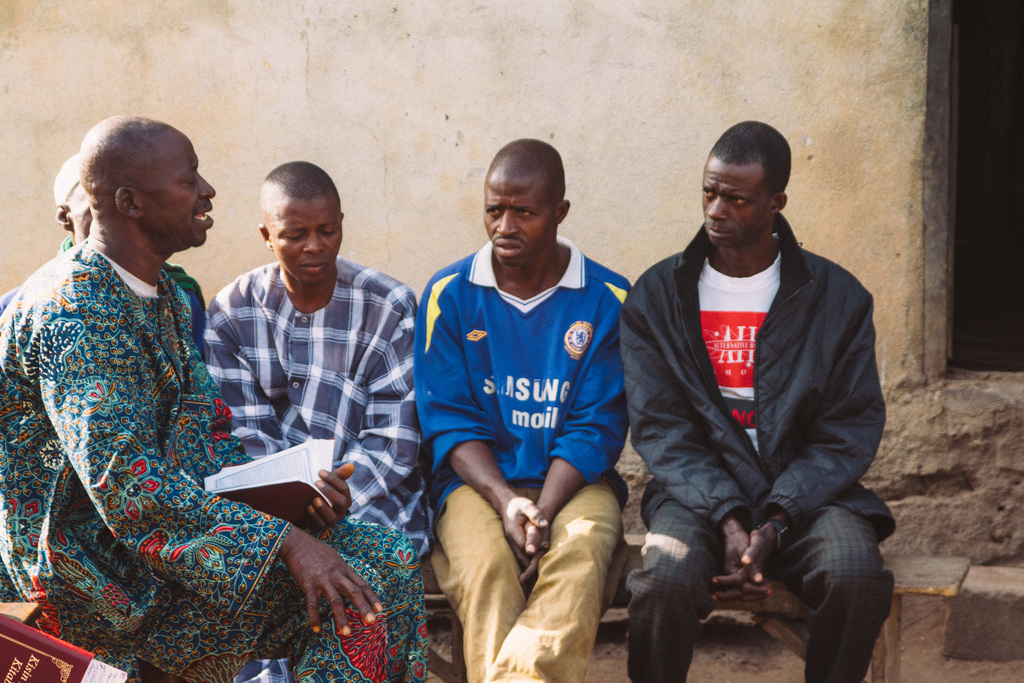 Reading and discussing Scripture in their heart language led a group of West African men to follow Jesus at great personal cost.

I sat with my best friend, Ousman, in the West African village that had become my home. The light of the fire highlighted the passion in his eyes as he told me, “God is sending me to the people up north because no one has ever shared Jesus there­­—ever.” He rode his bicycle all day over rocky hillside pathways to reach one of the largest villages where his language is spoken. Thousands of people lived there. The leaders said, “We don’t want Jesus or the Bible. We want only our own holy book.” For a time we left them alone.

I was driving through that same village on my way to share Christ in another village. A young man came to the window of my truck. He explained that he and some of his friends had formed a group to practice reading in their language. Recognizing me as a missionary, he hoped that I could give him some books. I always carried an assortment of Scripture books in the local language in my car for moments such as this. Like the sower in Jesus’ parable, I decided to “scatter some seed” here. I handed a whole box of Scriptures to the grateful young man, then continued on my way.

We heard that the elders of this village had banned Christian books. The young man and his Scripture reading group continued to meet. But now they met in secret, eager to discover why the words of Jesus were forbidden.

These young men were still reading the Scriptures that I had given them. My friend Demba brought them a solar-powered device on which they could listen to a dramatized audio recording of the entire New Testament in their language. He encouraged them to meet each week to listen to and discuss God’s Word, chapter by chapter. Soon people all over the village were listening to Jesus speaking their language. Some of them said, “We have decided to follow Jesus because no matter how much money we could ever get in our lives, it would eventually run out. But if we can come to know God, that would be the inheritance we could pass on to our children that would never run out.” These new believers continued to meet together quietly to learn and pray. Demba visited them periodically to disciple and encourage them. An infant church was beginning to form in this place.

Persecution broke out. The villagers were asking the new believers difficult questions, shaming and insulting them. Demba said, “We’re making a mistake meeting in secret like this. We’ll meet in public and they can ask me their questions.” The believers moved to the central intersection of the village and began preaching the Gospel. A crowd of a hundred people gathered. For over an hour they listened intently, shushing the children, not wanting to miss even one word. Moments like these are the unfolding of the rest of the book of Acts in our time as people hear about Jesus’ love and salvation for the first time.

An extremist came and stirred up the village against the eight believers there. Their relatives gathered around them and demanded, “You have to choose now between this Jesus and your family. You cannot have both.” Choosing their families meant maintaining their places within the village’s complex network of relationships. It meant access to the family’s land on which to grow rice and other crops so they could eat. Choosing Jesus meant losing all this, as well as losing their wives or the possibility of marrying outside of their small group. But they had heard the promise of Jesus from Matthew 6:33, “Koni ɛ Alaa Mangayaan fen singen e nun a tinxinyana, na xanbi ra a seni itoe birin soma ɛ yii nɛn (Seek first His kingdom and His righteousness, and all these things will be given to you as well).”

They heard. They believed. And, at great cost, they chose Jesus.